The decrease in water temperatures certainly increased the activity on the fishing front in the 2nd leg of the TOPS Corporate Challenge, with more fish over 50cm being caught and released than in previous years. But yet again, the celebrations started on the Thursday opening ceremony and continued until the culmination of prize giving on Saturday. 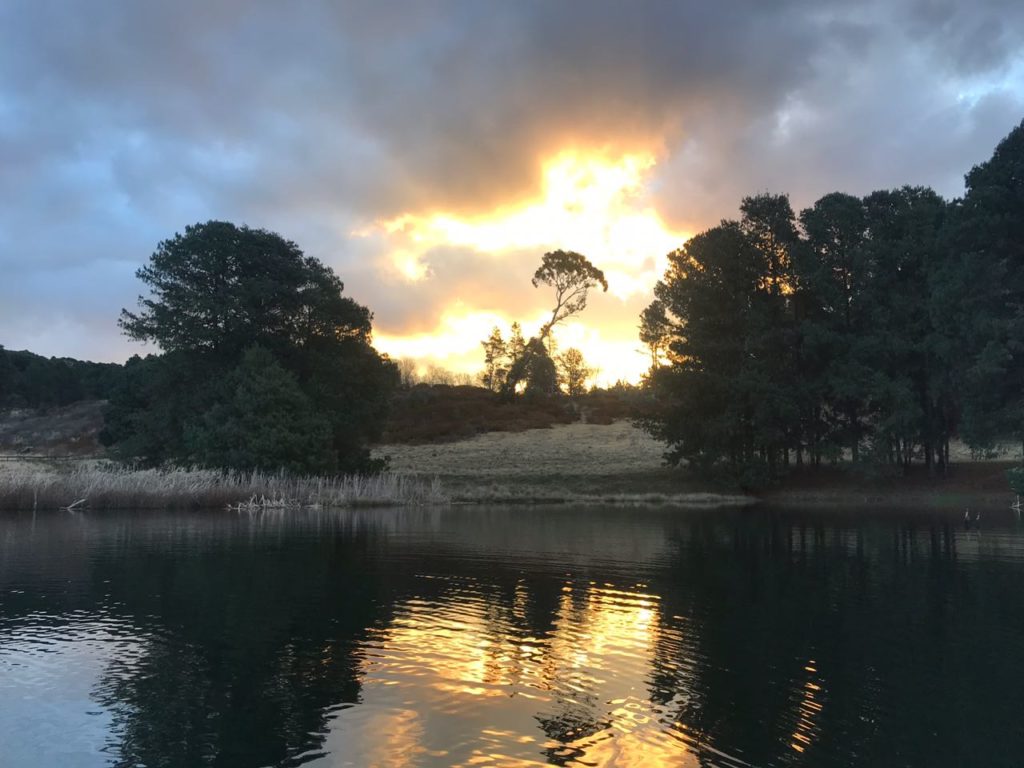 The weather couldn¹t have been more picture perfect, with blue skies only momentarily obscured by clouds that didn¹t produce any rain, with the pressure pretty stable. So the weather card in all anglers bible of excuses couldn¹t be played. All but a few of the fly fishers were up before the crack of dawn on day one, taking on the early morning temperatures of – 6 degrees, grateful for their Craghoppers gear, with the first session yielding an impressive 131 Trout and an early benchmark of 58cm being set by Johan Botha, who averaged over 50cm and filled his first session quota. The Split Cane Co. announce there arrival by recording an impressive 33 fish in their opening salvo, with Simon Giles leading their charge, also landing a beauty of 57cm.

The variety of flies being used would have filled a larger fly box than most of us carry, with big, bright attractor patterns delivering the results. 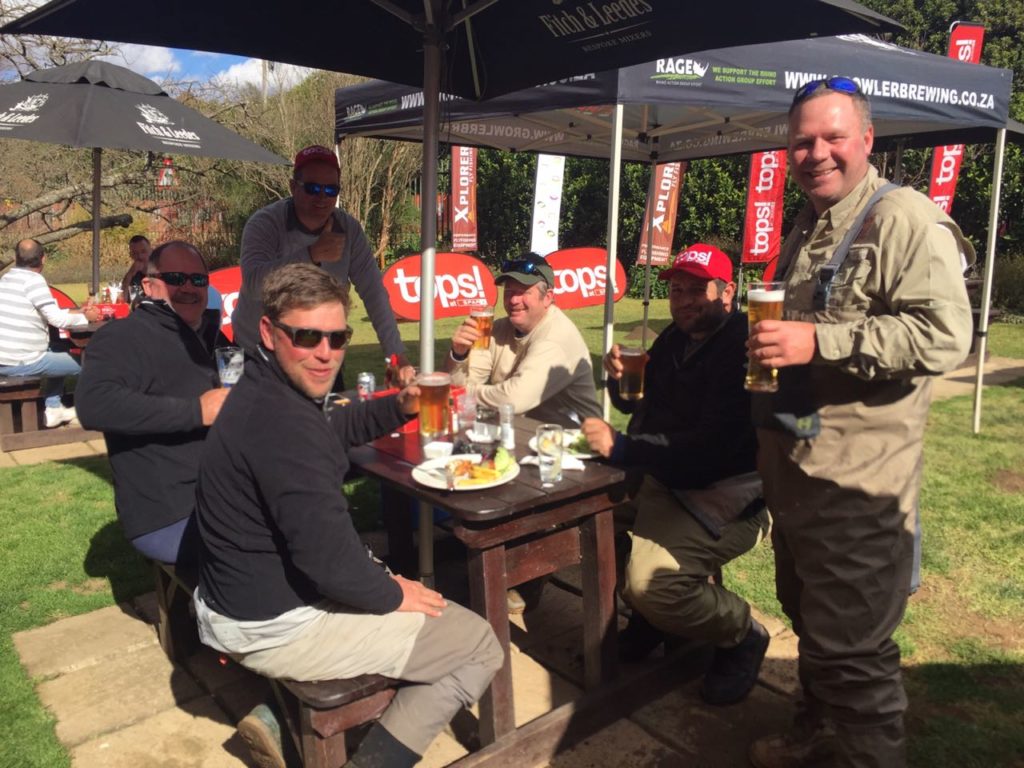 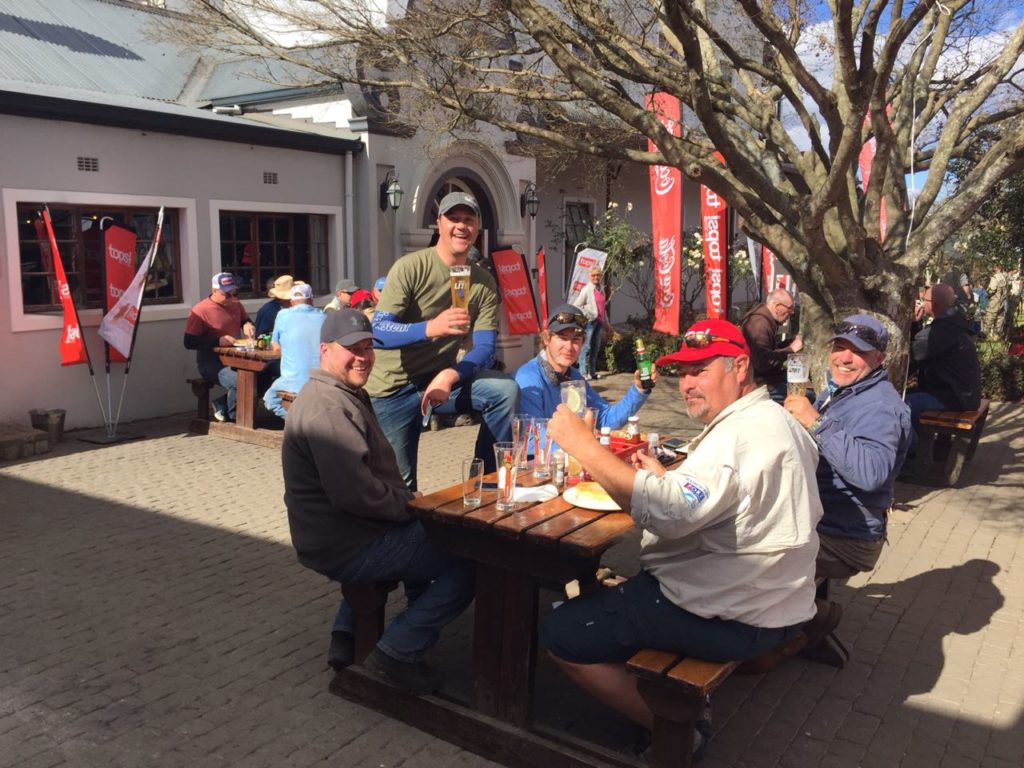 After the hearty lunchtime at Notties, the Growler beer garden emptied faster than a stadium of German supporters at this years world cup, as the anglers launched an all out assault on the WildFly waters. The wind picked up slightly, but by all accounts, the fish were moving everywhere, much to the frustration of many fly fishers, who practically threw the fly box at the problem, but to no avail. Too many casts and not enough finesse to tempt the educated Trout, saw the tally nearly halved to only 78 fish in the afternoon outing. Mike Adams from WBHO continued his purple patch as did Phil Weller from the visiting team TDI from Zimbabwe.

Friday evening was surprisingly festive, as the social antics of the lads on tour inevitably gained momentum.

On the final day, fly patterns and fishing techniques were seriously addressed. Sight fishing to patrolling fish from the bank really started to play a definitive role, with longer leaders and smaller nymphs trailing an streamer. Floating lines with just a tandem rig of nymphs became the order of the day by lunchtime, with a firm favourite of a ‘White Death’ being the common denominator.

In the last two sessions, 41 and 52 fish were notched up respectively, with the remarkable leveler of the session format shaping who would qualify.

Scott Macintyre took the honour of biggest fish with a 58cm and a 59cm in the 3rd session, with Grant Robson earning the accolade of top fly fisher with 11 fish at an average of 44cm. 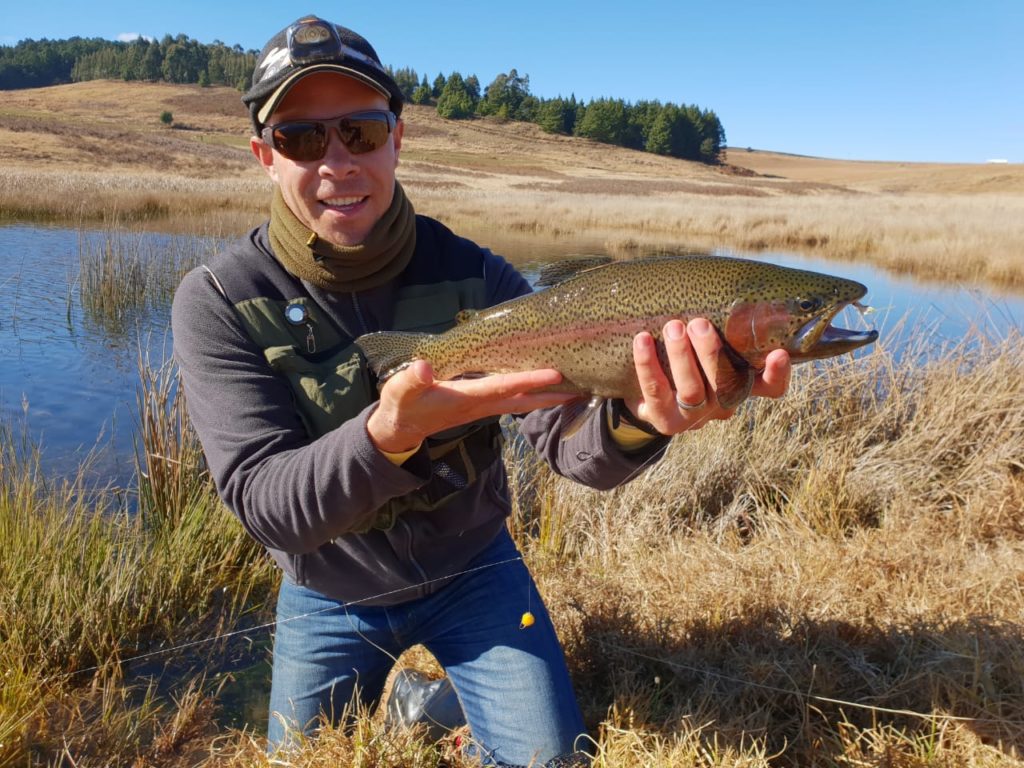 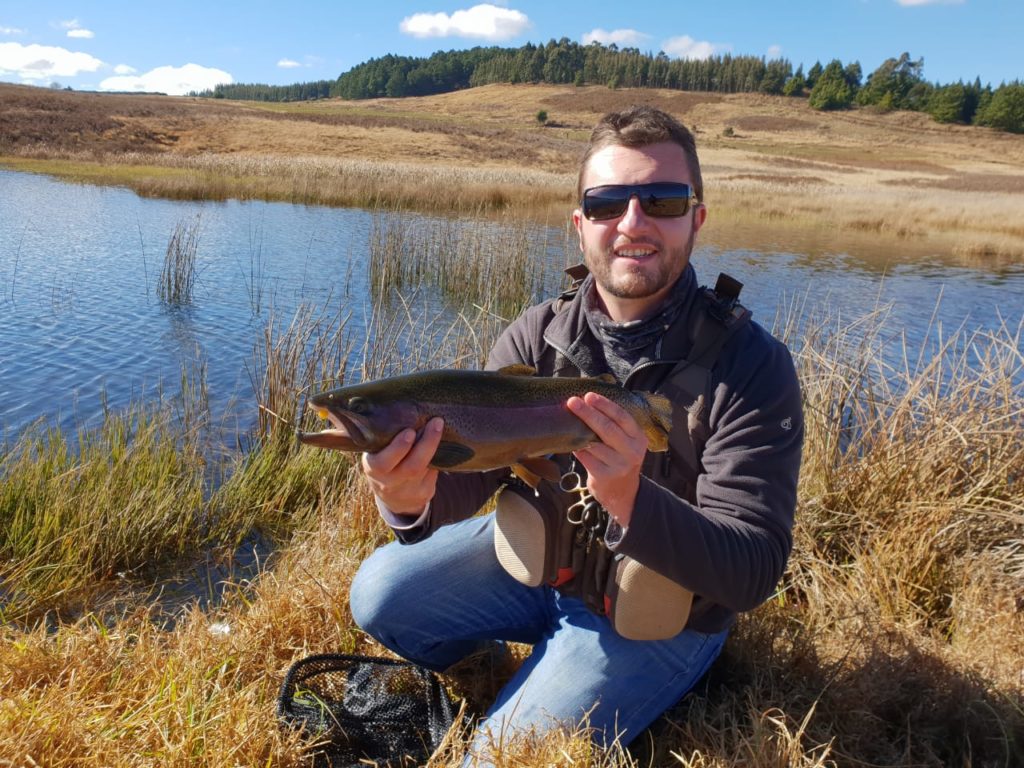 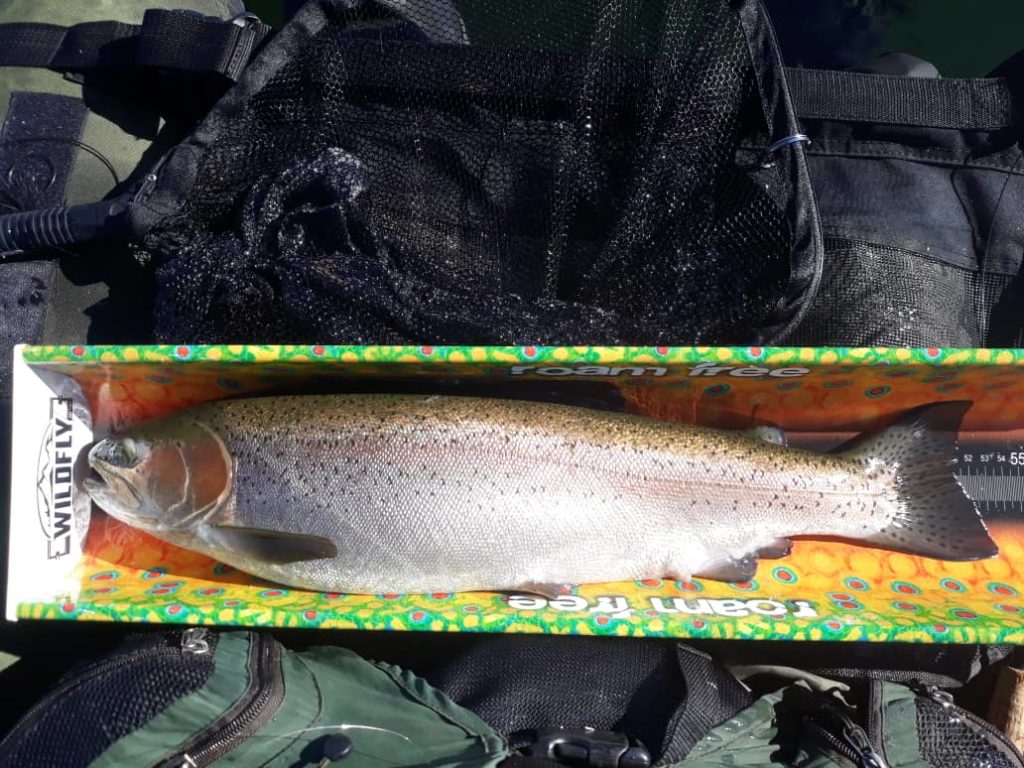 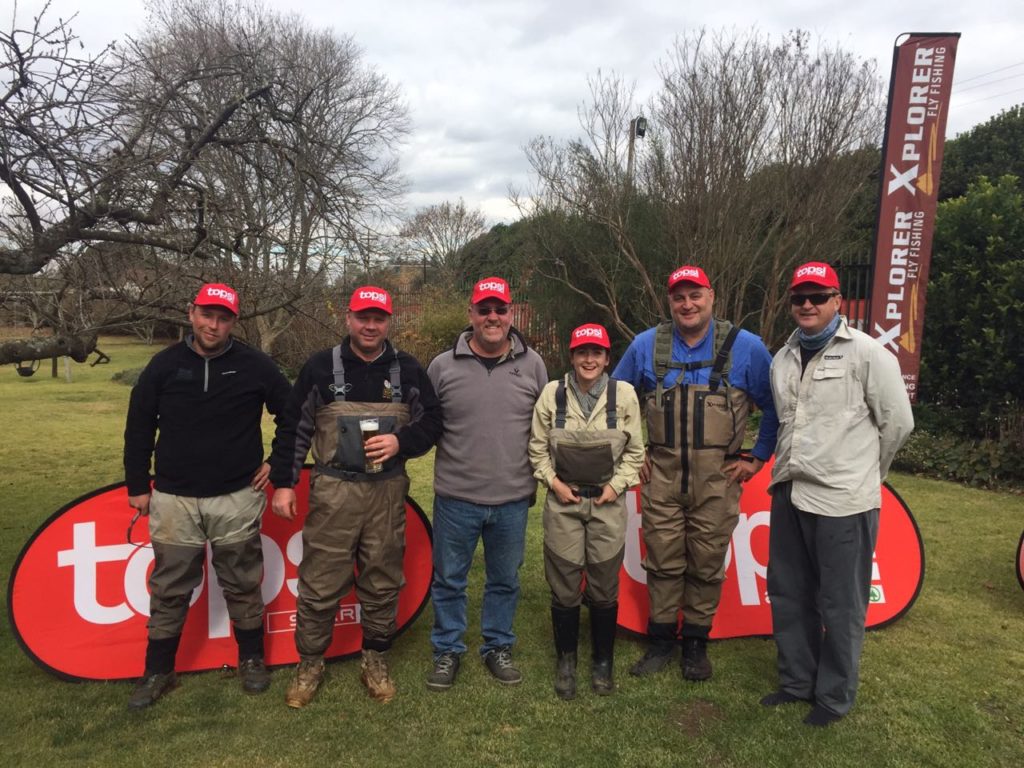 The WildFly choice awards cemented the festivities with every team walking away with a bucket load of prizes for their performance in the the legendary Notties pub, which exemplifies why this has become the TOPS tournament of choice in the world of fly fishing. 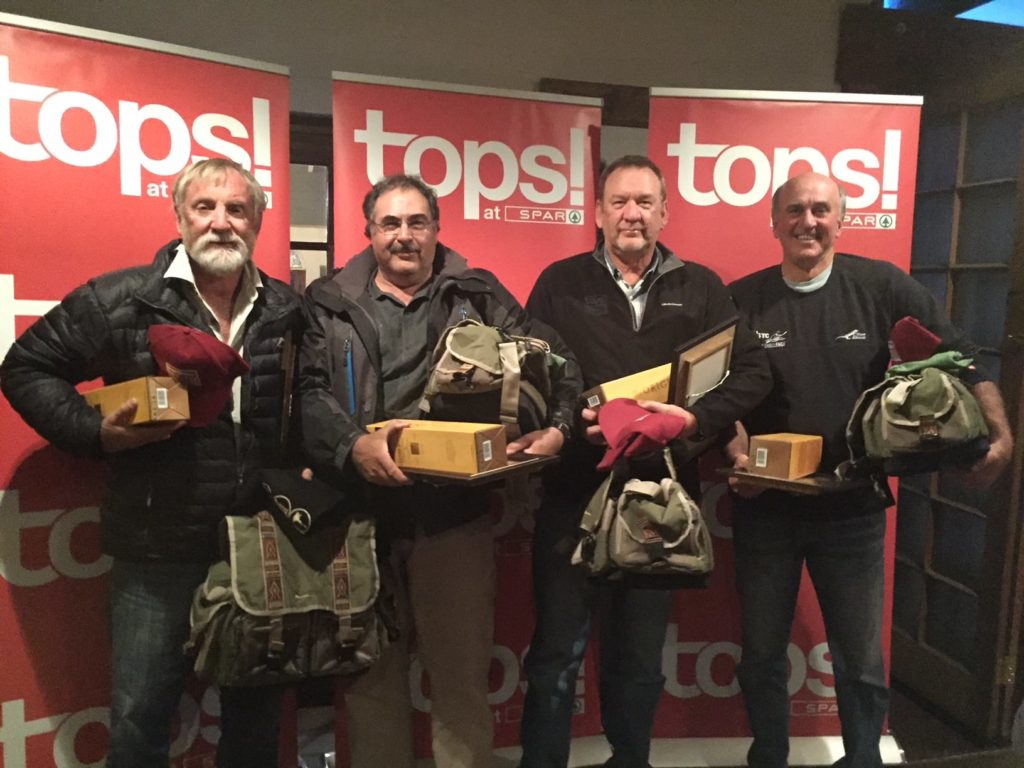 The five teams that made it through to the TOPS Corporate Challenge final were Bophelong Construction, WBHO, The Finance Team, TDI and ultimately the winners of the 2nd leg, Road Span Royals

This site uses Akismet to reduce spam. Learn how your comment data is processed.