It was in 1875 that the first attempt to ship Trout to South Africa occured, which died during the voyage. Then in 1882 John Parker wrote to the British publication ‘The Field’, asking for advice on how to introduce trout to the area. In response, Sir James Maitland sent him a gift of 10 000 Brown trout ova, unfortunately none survived.

Undaunted, Maitland sent another 10 000 ova the following year, but these also perished. However, the idea of breeding Trout motivated Cecil Yonge in 1889 to obtain a government grant for funding to introduce Trout into South African waters. Yonge selected Boschfontein in Balgowan as the site for the first trout hatchery in South Africa.

“….many of the 30000 imported ova from loch lagan in Scotland hatched successfully,” 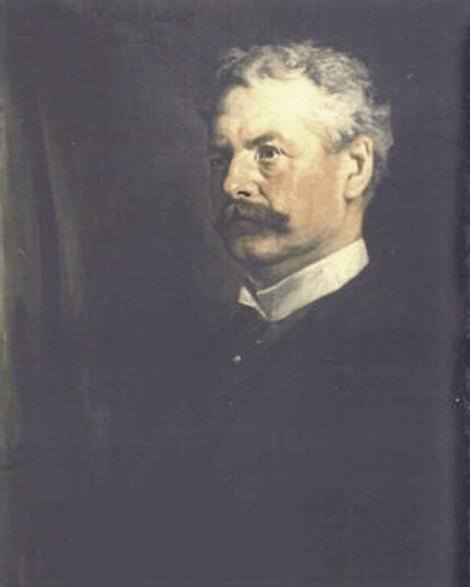 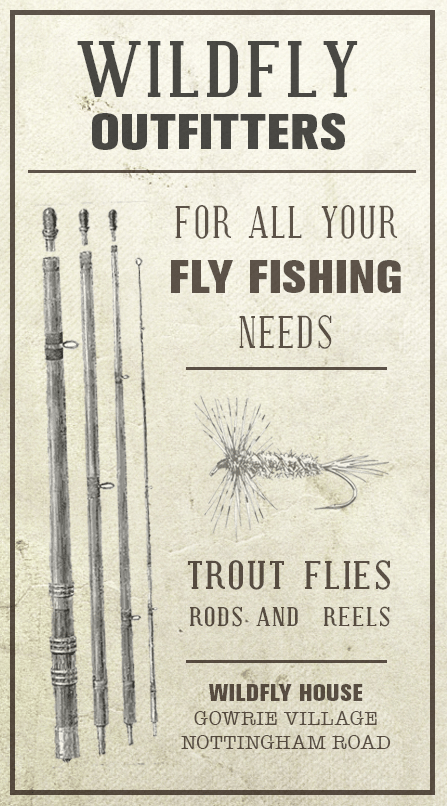 In 1890, many of the 30 000 imported ova from Loch Lagan in Scotland hatched successfully, and in May of that year, the first 1500 fry were released into the Bushman’s River, followed by the Umgeni and Mooi catchment. This process continued each year until most of the province’s suitable rivers were stocked. By 1893 Trout were being successfully bred in captivity.

In 1897, Rainbow Trout were introduced from North America, a species that grow faster than their Brown cousins and two years later they were being successfully bred and introduced into rivers in the Western and Eastern Cape, Mpumalanga and of course Natal. 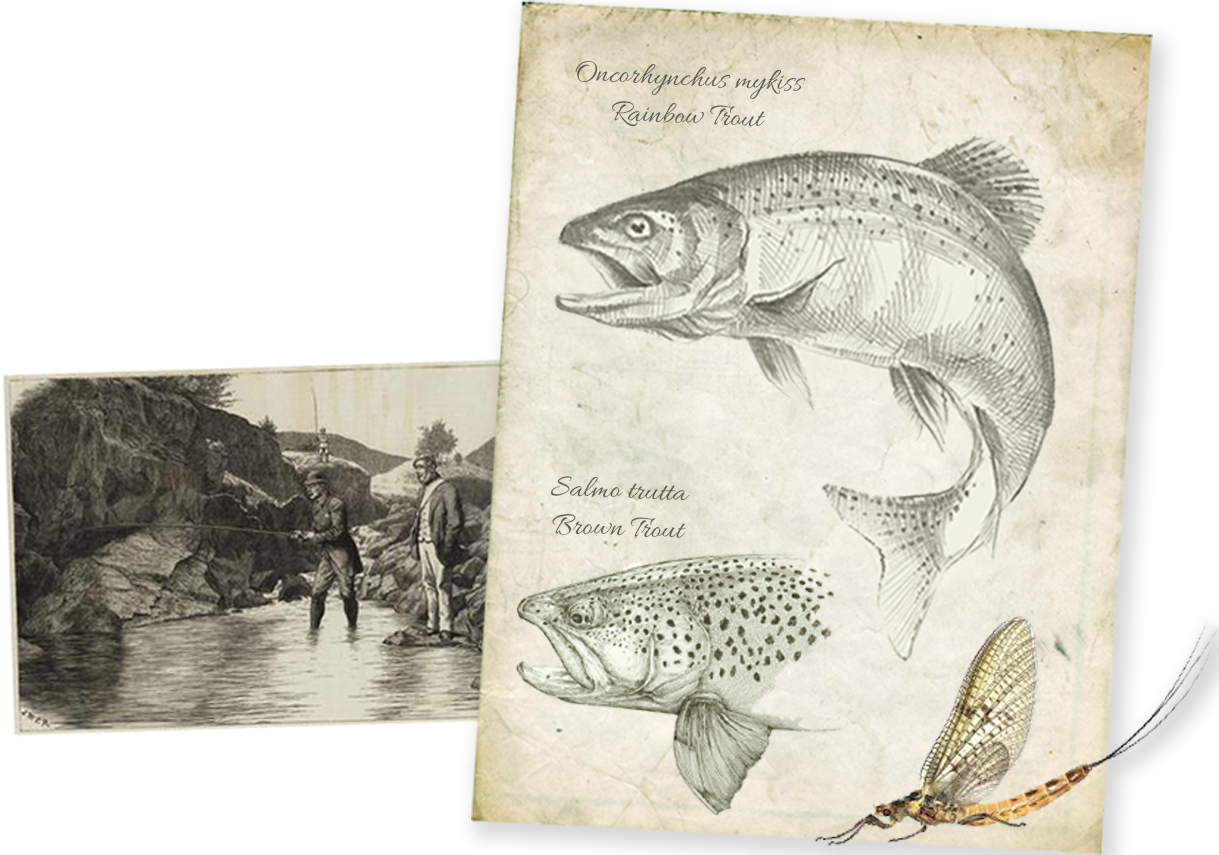 Due to their ecological niche, being only able to breed in cold, clean, well-oxygenated rivers, viable Trout fishing areas were few and far between. And by 1909 the Midlands of Natal was becoming known as a prolific Trout fishing destination with many a fly fisher first visiting The Nottingham Road Hotel, travelling by horse drawn transport.

By 1926 Trout were well established. In these early years, a man kept what he caught and the rivers of Natal became known as trophy Brown Trout waters, with Notties growing in popularity as a gathering point for anglers to boast about their fishing prowess. In 1947, the Natal Parks Board took over the administration of Trout fishing in this province, establishing hatcheries to supply fish.

By the 1960’s Trout were being commercially farmed and the pastime of catching a fish on fly was generally reserved for these naturalized species. The sport became quite popular in the seventies, resulting in the Natal Fly Fishers club being formed in 1972, to give recreational anglers access to productive Trout fishing waters. 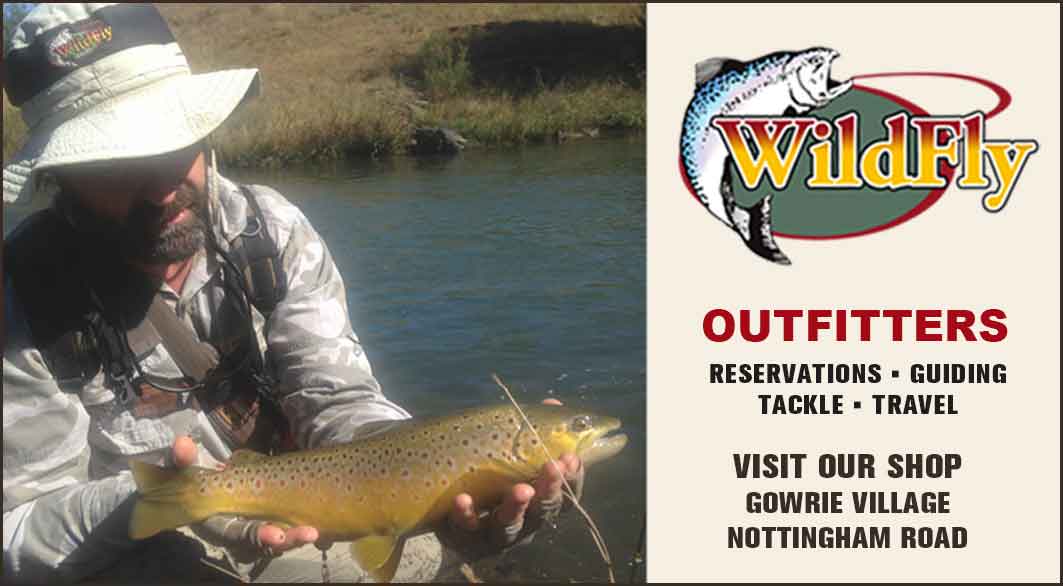 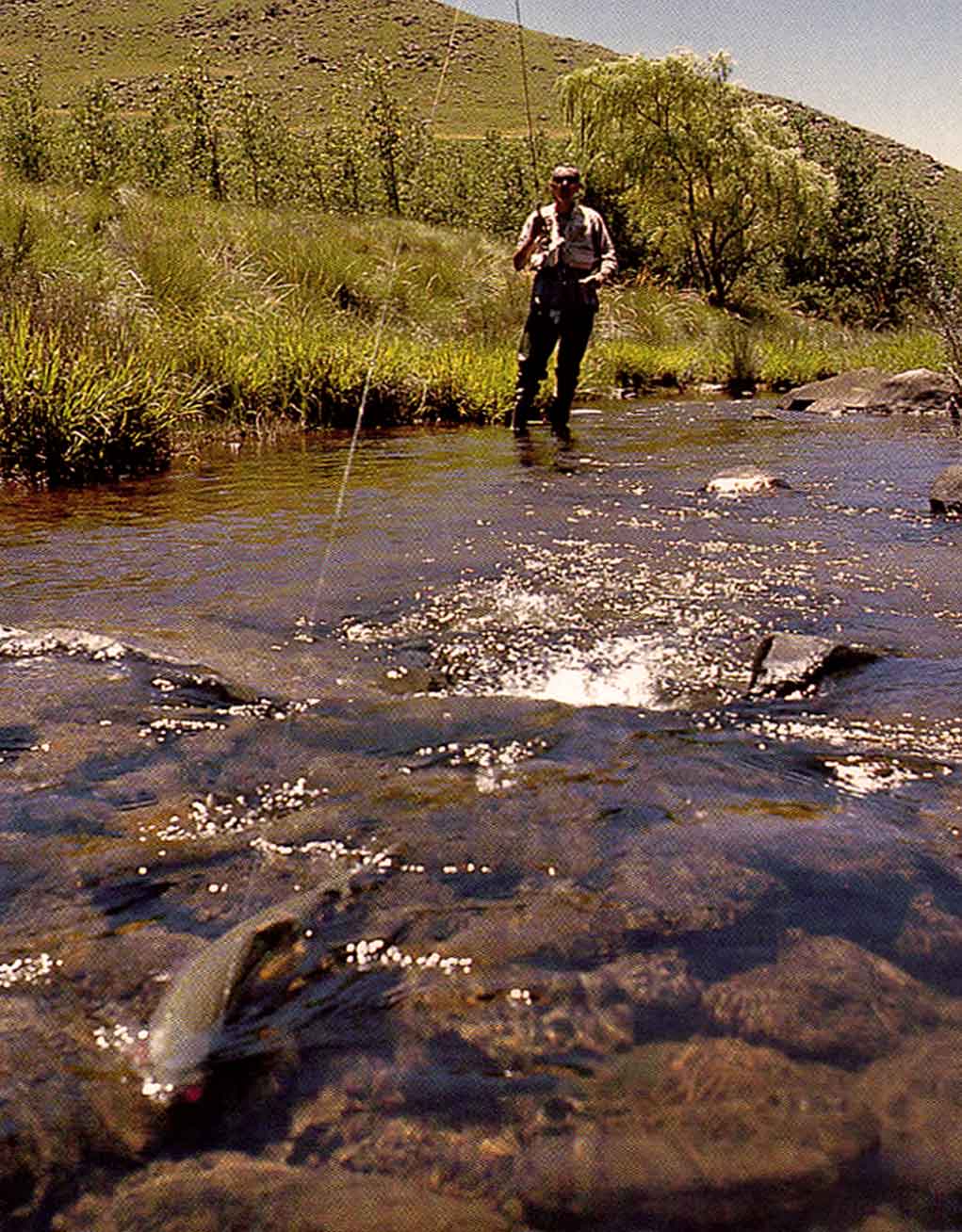 In 1980 some provincial conservation organizations stopped supporting Trout, as they were not indigenous and this gained momemtum, until the closure of all Ezemvelo’s – KZN Wildlife – hatcheries and the listing of Trout on the exotic list.

In 1986 The federation of South African Fly Fishers was formed – FOSAF – to unite fly fishers and engage authorities on water quality, conservation and promote the sport of fly fishing.

Over the next decade what was once a pursuit reserved for titled gentry became affordable and accessible to any passionate angler, resulting in the hosting of the Kamberg Trout Festival and the Nottingham Road Trout Fair in 1997 and laying the foundation for the fly fishing festivities that this area is renowned for. 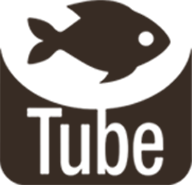 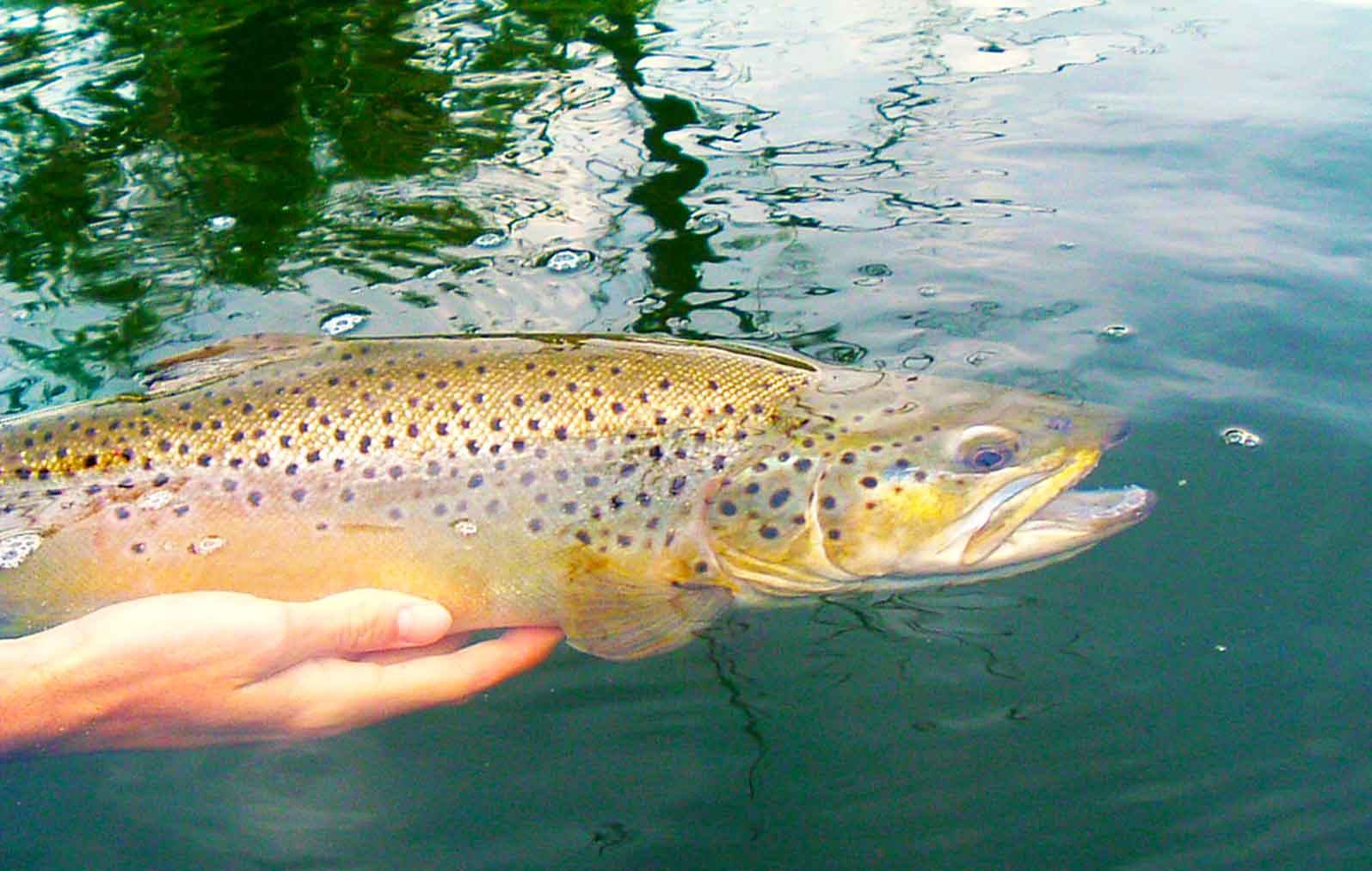 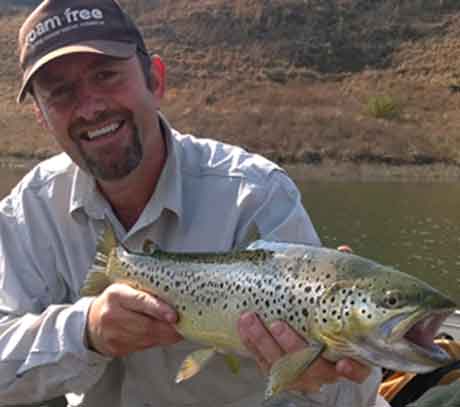 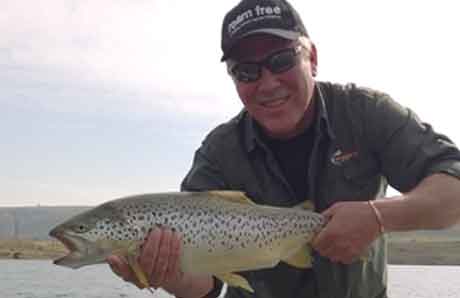 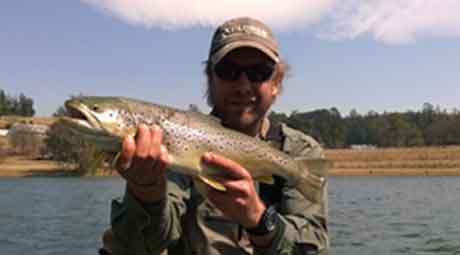 At the turn of the last century, the concept of catch and release only fly fishing was pioneered by WildFly, a club created to manage the local fisheries and conserve the quality of Trout waters in the Natal Midlands

In 2001 the Corporate Challenge was born as a mechanism to fund the necessary stocking required to manage these dams effectively. The atmosphere of the legendary Notties, coupled with the caliber of fly fishing, resulted in this growing from a single event into one held over three qualifying legs and a grand final in the Winter season. Over the proceeding years WildFly’s fishing conservation initiatives have grown to include a television series that is now broadcast around the world showcasing the myriad of species that can be caught on fly.

The catchment waters of the Drakensberg remain an important sanctuary for Trout and are at the heart of WildFly’s commitment to protecting the Wild Fisheries of South Africa. #roamfree #WildFlyOutfitters#Fishtube.tv #freewildfish#Nottieshotel#TCC