Skip to content
Home
Fishing Reports
Off to a Flyer

Off to a Flyer

For many years I’ve stated that this event has little to do with fishing, but this weekend I had to genuinely ask the question are the guys really here for the fishing…such was the festivities. When a quarter of the field saunters onto water mid morning you know that the TOPS Corporate Challenge is all about the time spent celebrating with old friends and enjoying the atmosphere at the legendary Notties. 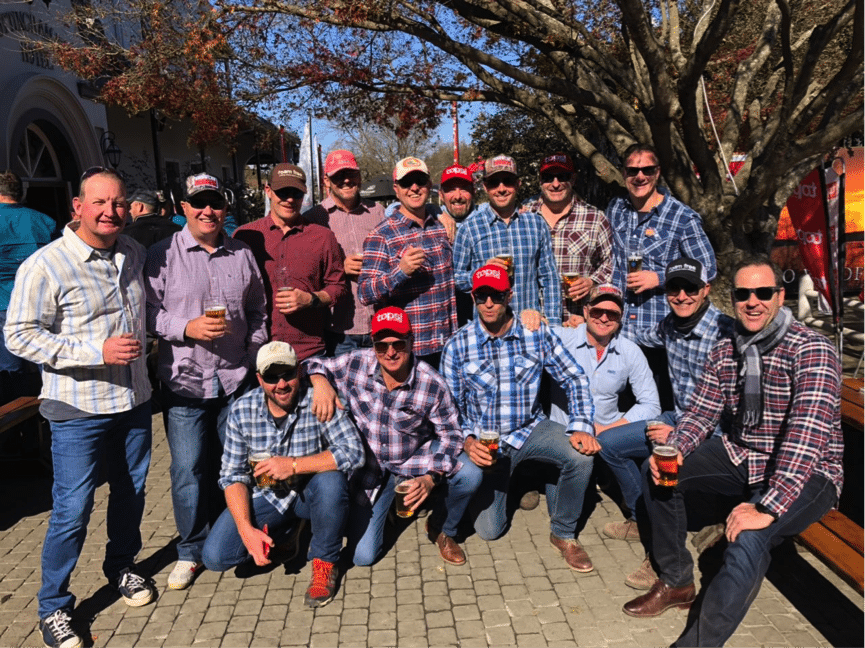 But the anglers who got up and out also had cause to raise a toast to our WildFly Trout!

With the midlands having enjoyed more than their fair share of late rain, the dams were full to the brim, injected with fresh nutrients from their catchments, which had those larger Rainbows making an appearance.<?p>

The stockies were conspicuous by their absence and every stretch of water produced fish in excess of 50cm, much to the fly fisher’s delight. 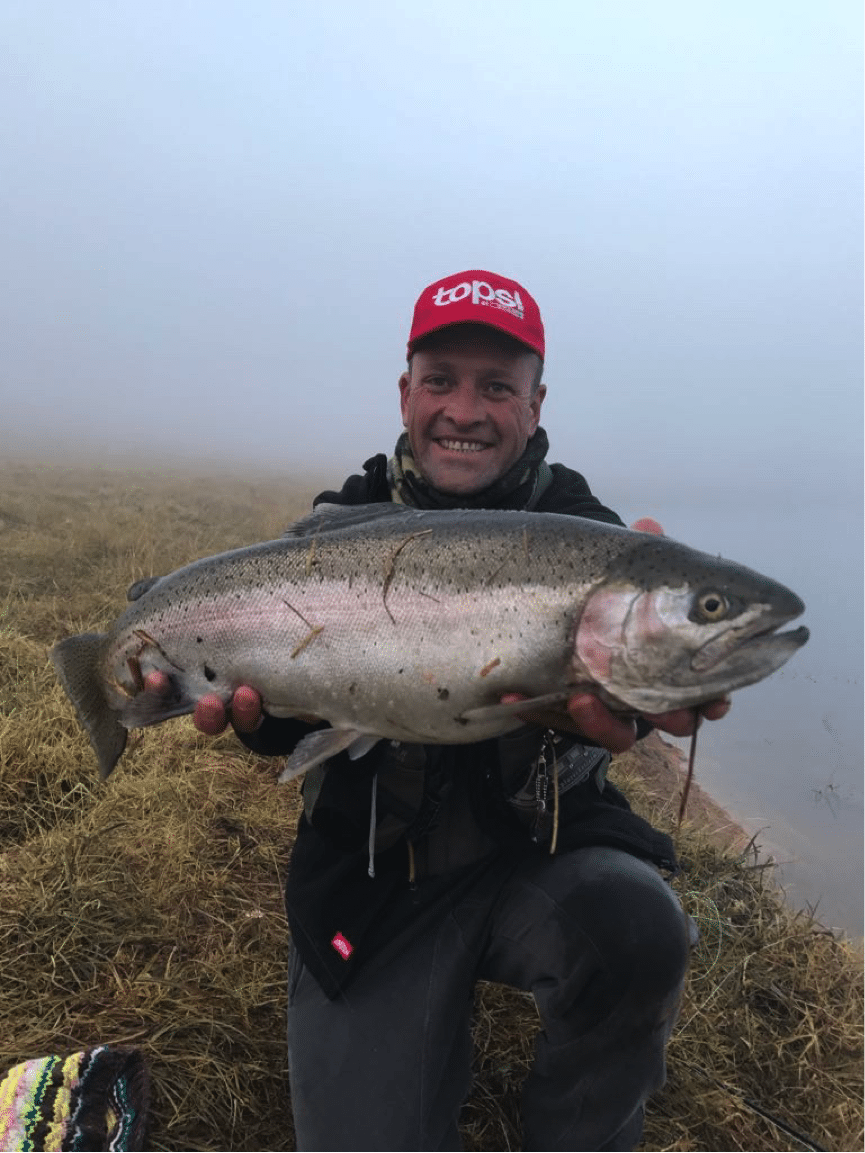 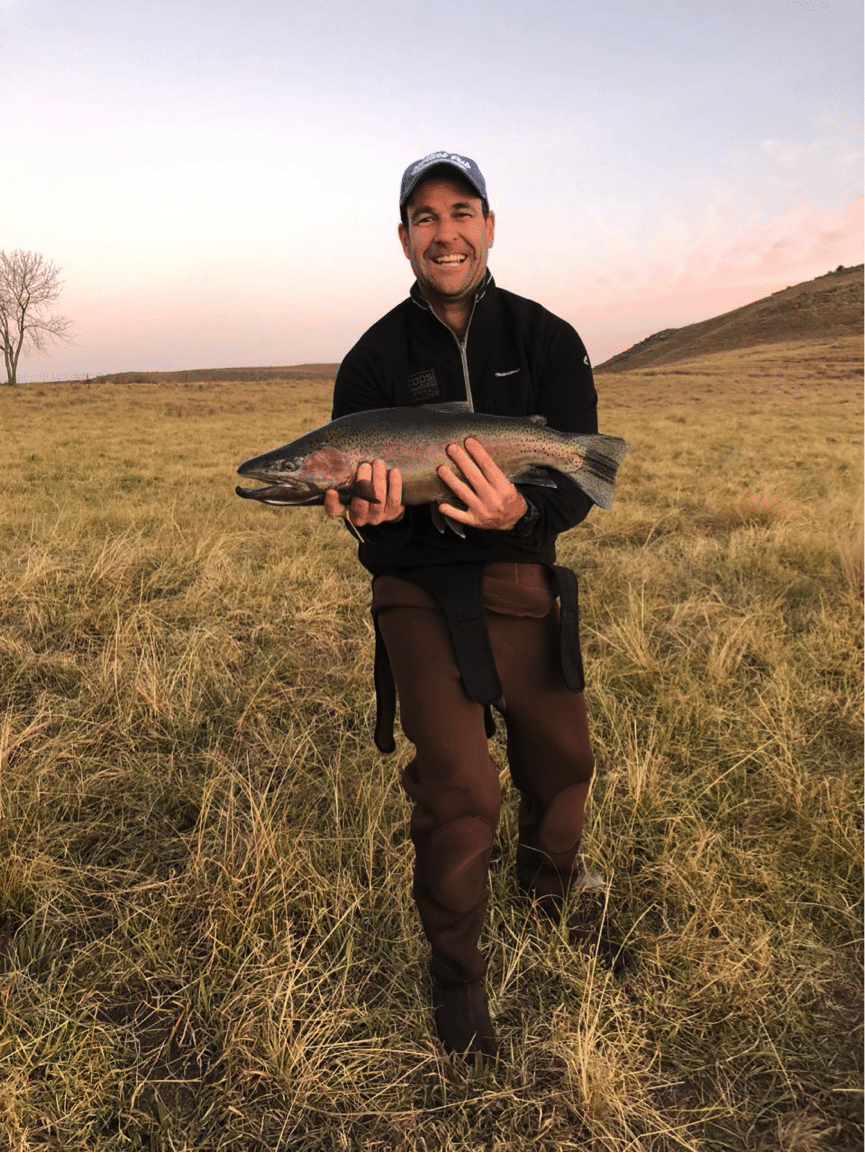 Anton Martyne landed a beautiful Hen of 61cm, that had to be pushing 8lbs and his partner Charles Van Niekerk matched this weight in a cock fish, with a humpback that resembled a spawning Salmon.

This catch and release format of only 10 fish to count over 4 sessions, allowing you to bequeath Trout to your unlucky team mates, kept anyone who decided to throw a line in the running, right up until the last afternoon outing.

But it was the festivities that took center stage.

In each team, the best angler stood out, thanks to the ‘TOPS Dog’, competition with the red hat being awarded to the leading fly fishing in each team after each session…having to hand over the mantle was a begrudging task for a few competitors. 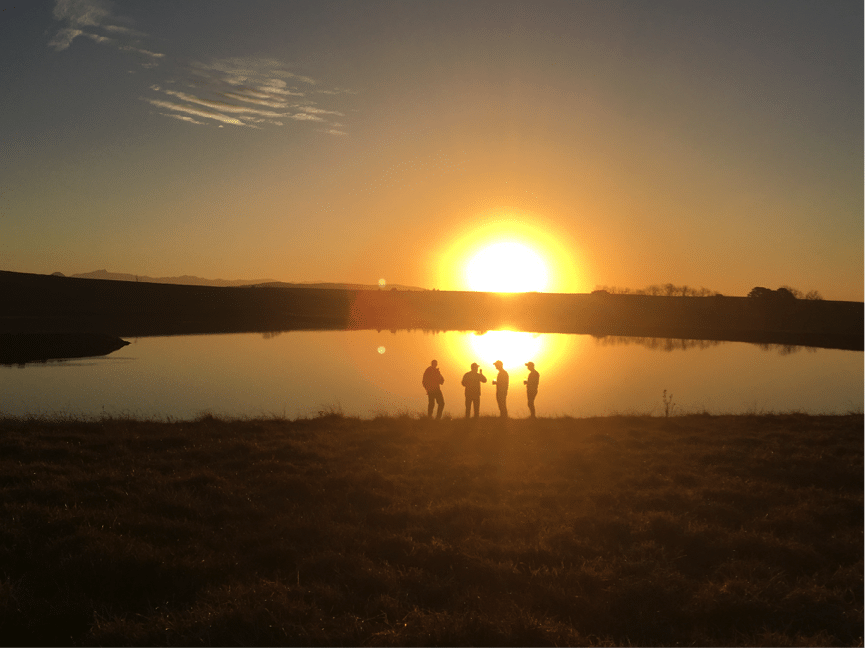 And the Growler beer quenched the thirst of all anglers waiting to have their flies harassed.

And the flies that produced the results were as varied as the dams that were fished. Water temperature and clarity played a decisive role in this respect.

In the crystal clear waters, anglers chose to sight cast to cruising fish, throwing a combination of dry / droppers and using the egg / nymph duo to good effect. On those waters where the decaying weed made for slightly turbid conditions, Strip Leeches and Zonker minnows were the order of the day….large profiles that pushed water.

As one would expect the hot orange bead was a common feature on many patterns and WildFly’s ‘Deadly Dozen’ collection covered all these bases.

Over the last 16 years the TOPS Corporate Challenge has recorded 19 627 fish, so 2018 had a lot to live up to on the fishing front. 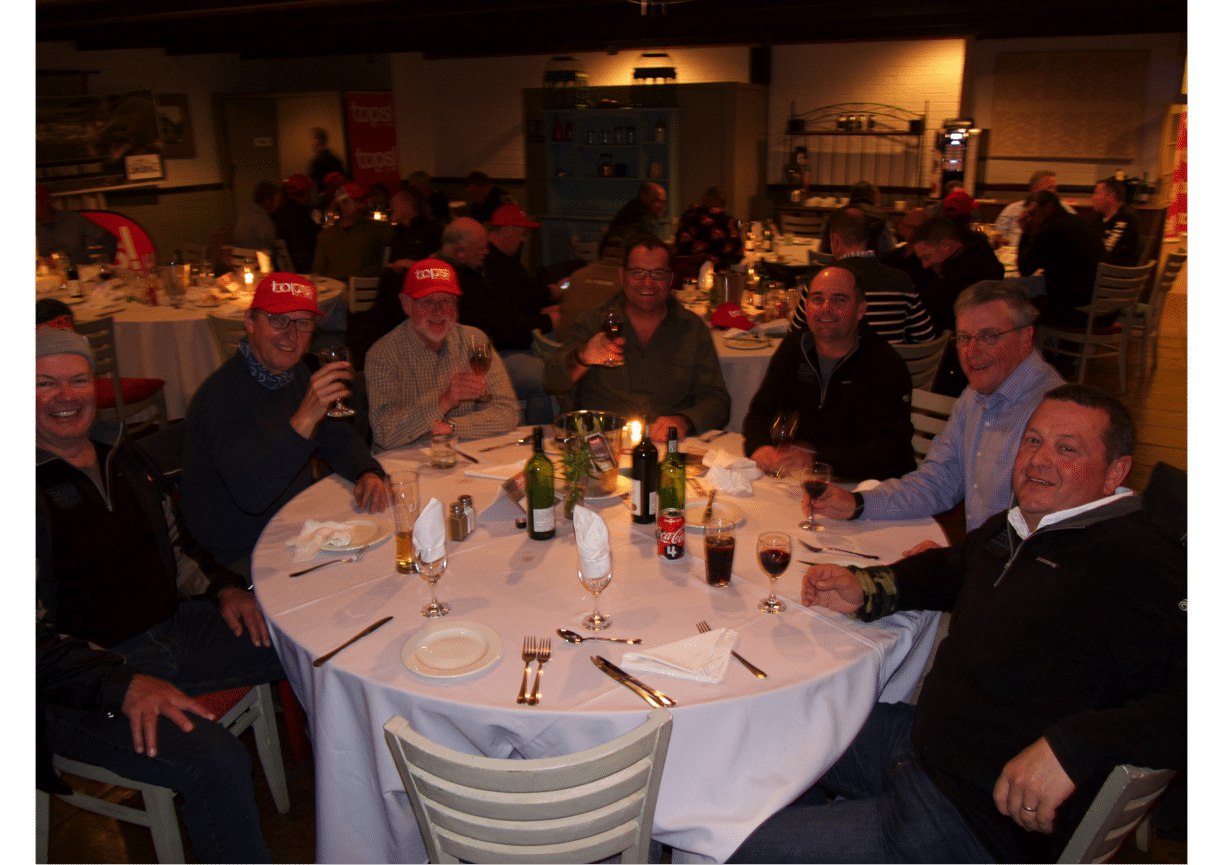 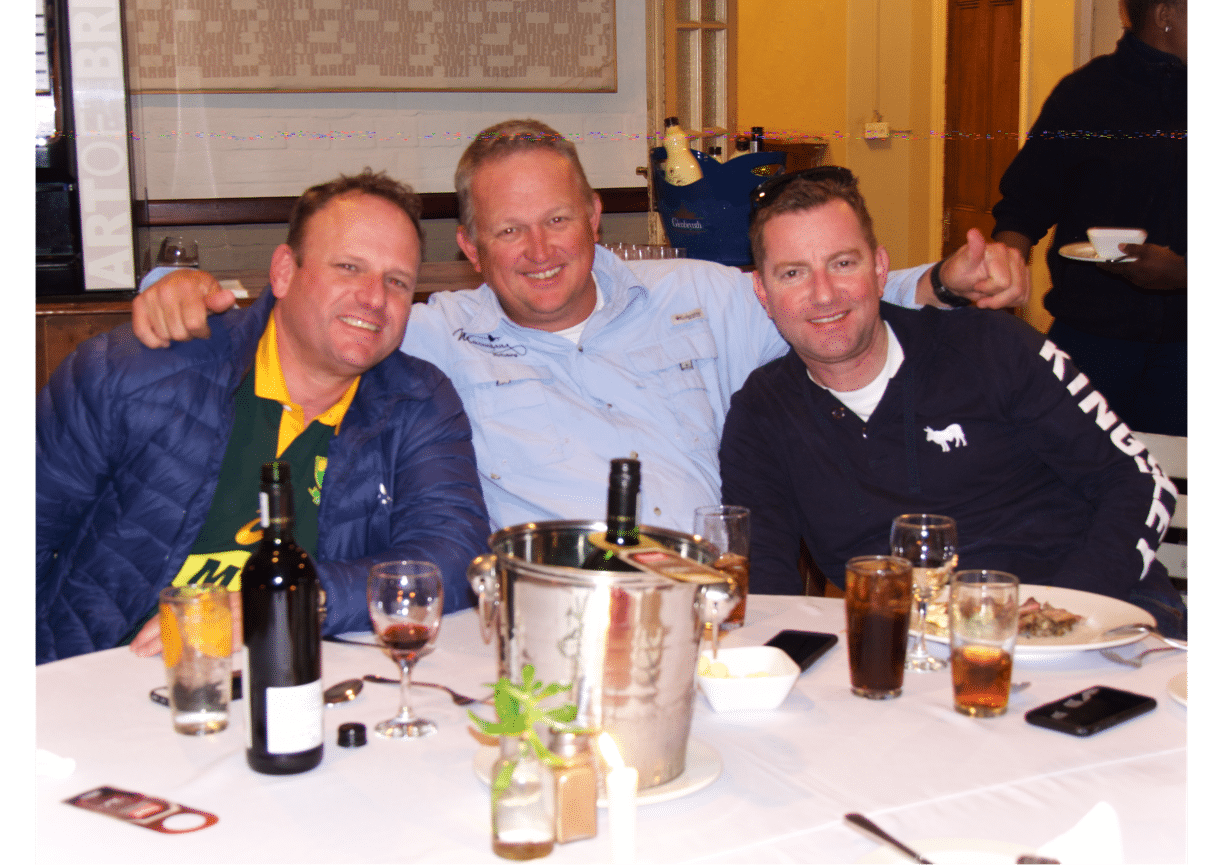 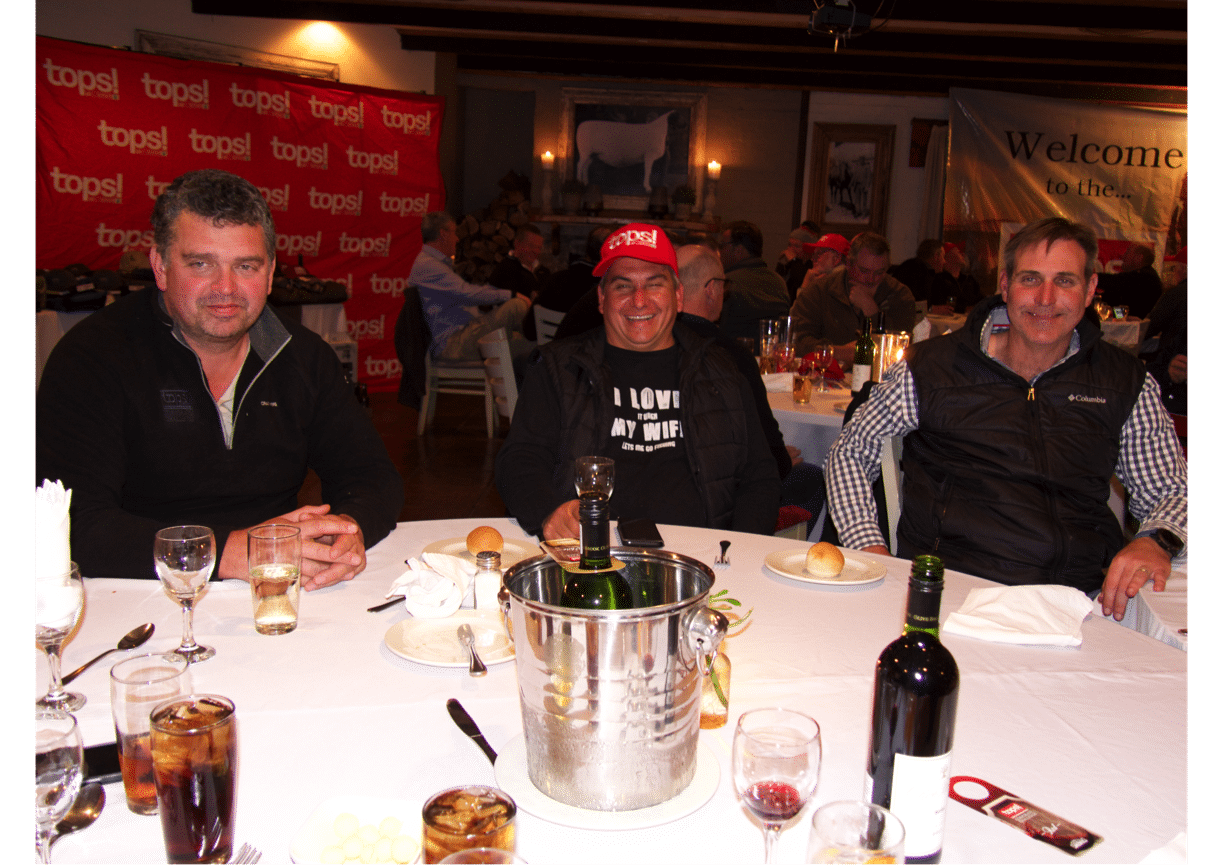 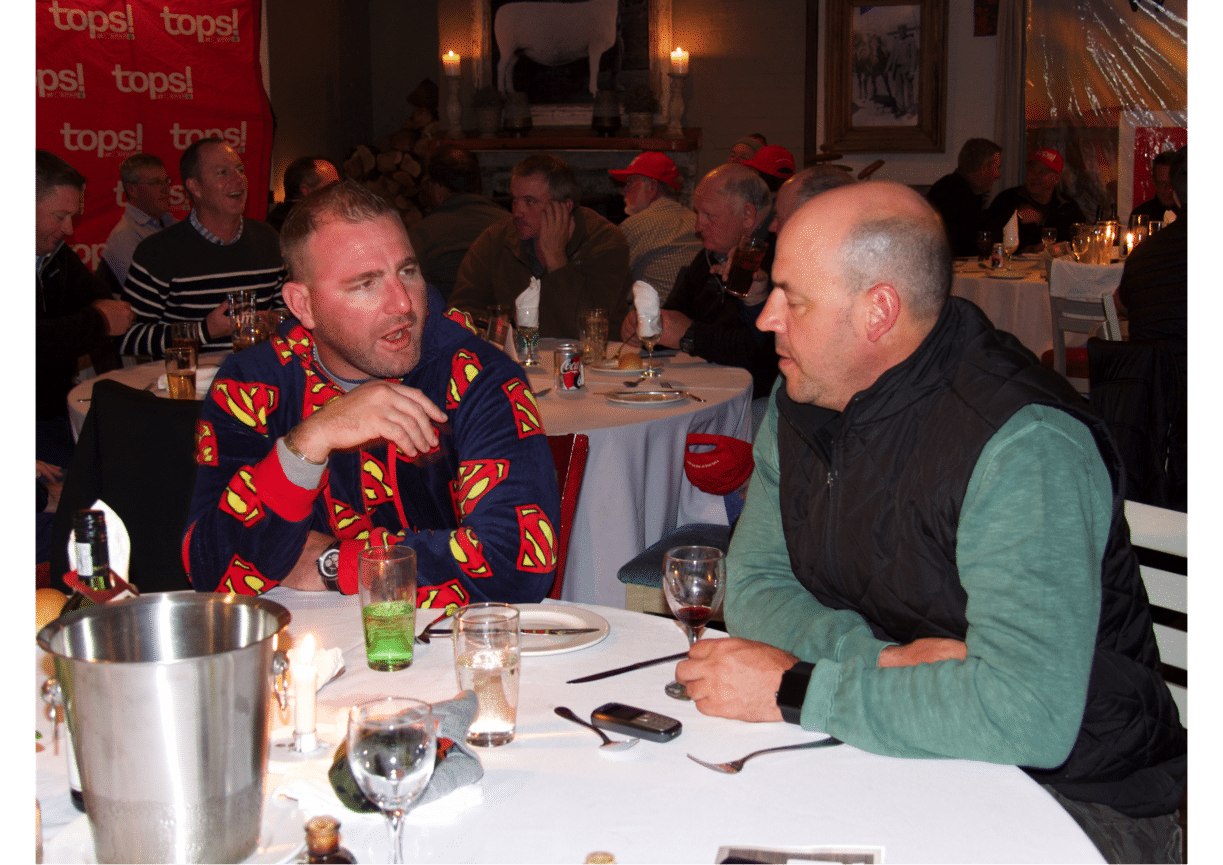 With over a Million Rands worth of prizes, you’d think that all would be reluctant to leave the water’s edge, but considering that a good deal of the swag is awarded for antics off the field, it was the afternoon and evening festivities that anglers were unwilling to depart from.

Bain from ST Fergusson earned the title of Top Fly Fisher for the 1st leg, by catching in every session at an average of 44cm And Rob Rein proved his BMT, by yet again catching the biggest fish of the event, a whopping 62cm Rainbow Cock fish, estimated at well over 8lbs. He set the benchmark for the boat, which he won in 2017 with a 65cm Rainbow Hen.

The teams qualifying for the 2018 Final in order of results were ‘WTOH’, ‘Novus Print KZN’, ‘ST Fergusson’, ‘The Tired Team’, ‘IDM Build It’ and the 1st leg winners ‘The Wildlife Assignments’ 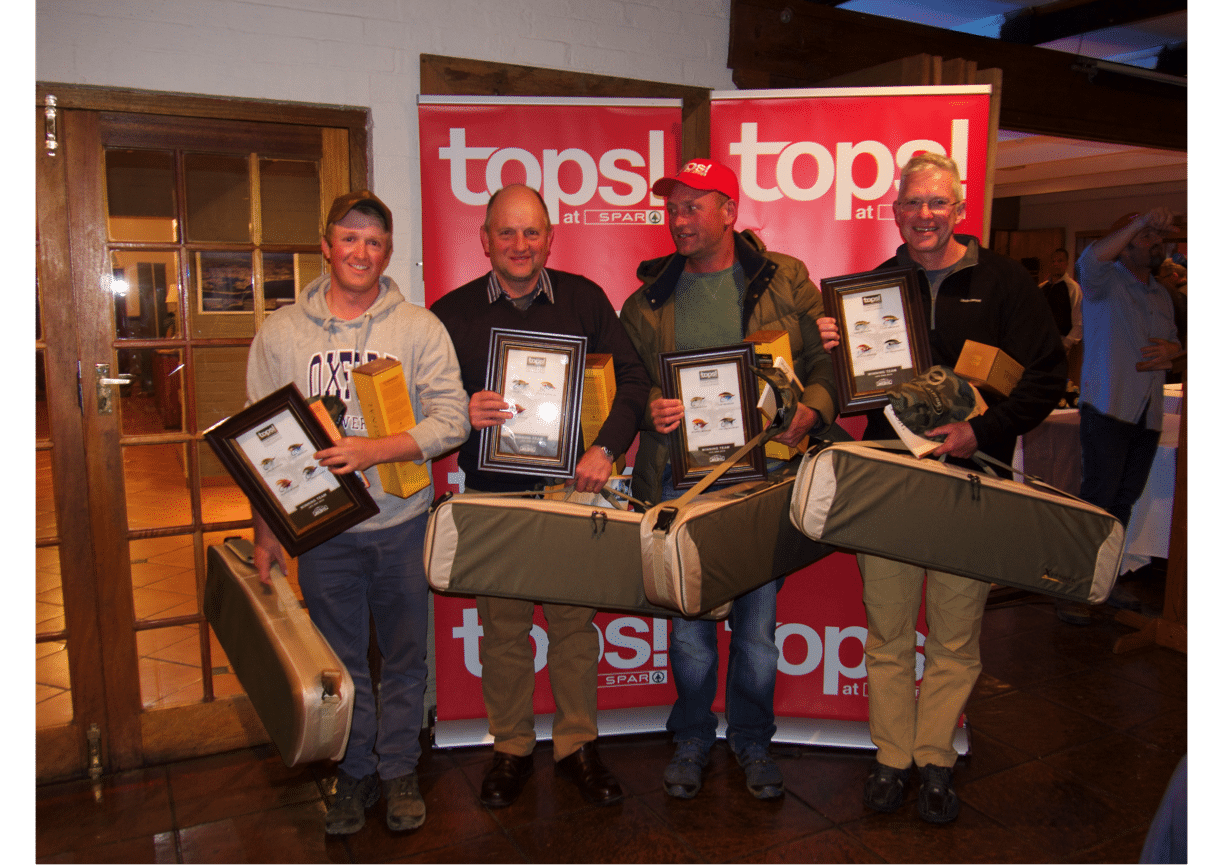 As the water temperatures continue to drop, the stage is set for some gargantuan Trout to make an appearance in the next two legs.

So, raise a glass to TOPS at Spar.