It would be an understatement to say the festivities outweighed the fishing this last weekend, with the legendary Notties living up to it’s reputation as the  pub with a exit that is impossible to find. The entrants certainly had more than one glass of not so serious at the start of this years TOPS Corporate Challenge, celebrating the 18th anniversary of SA’s premier fishing event. 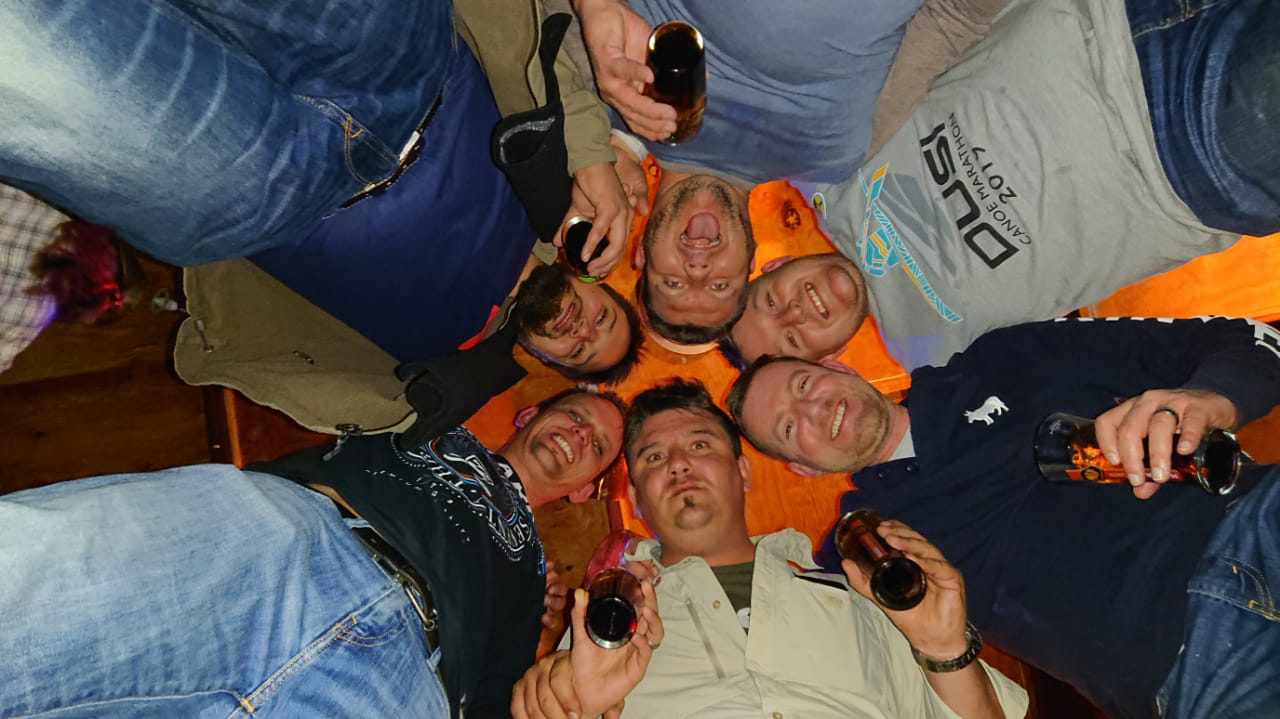 Whether the anglers were here to fish is a point of some debate as the focus of day one seemed to be about catching up with good mates as opposed to catching any fish. 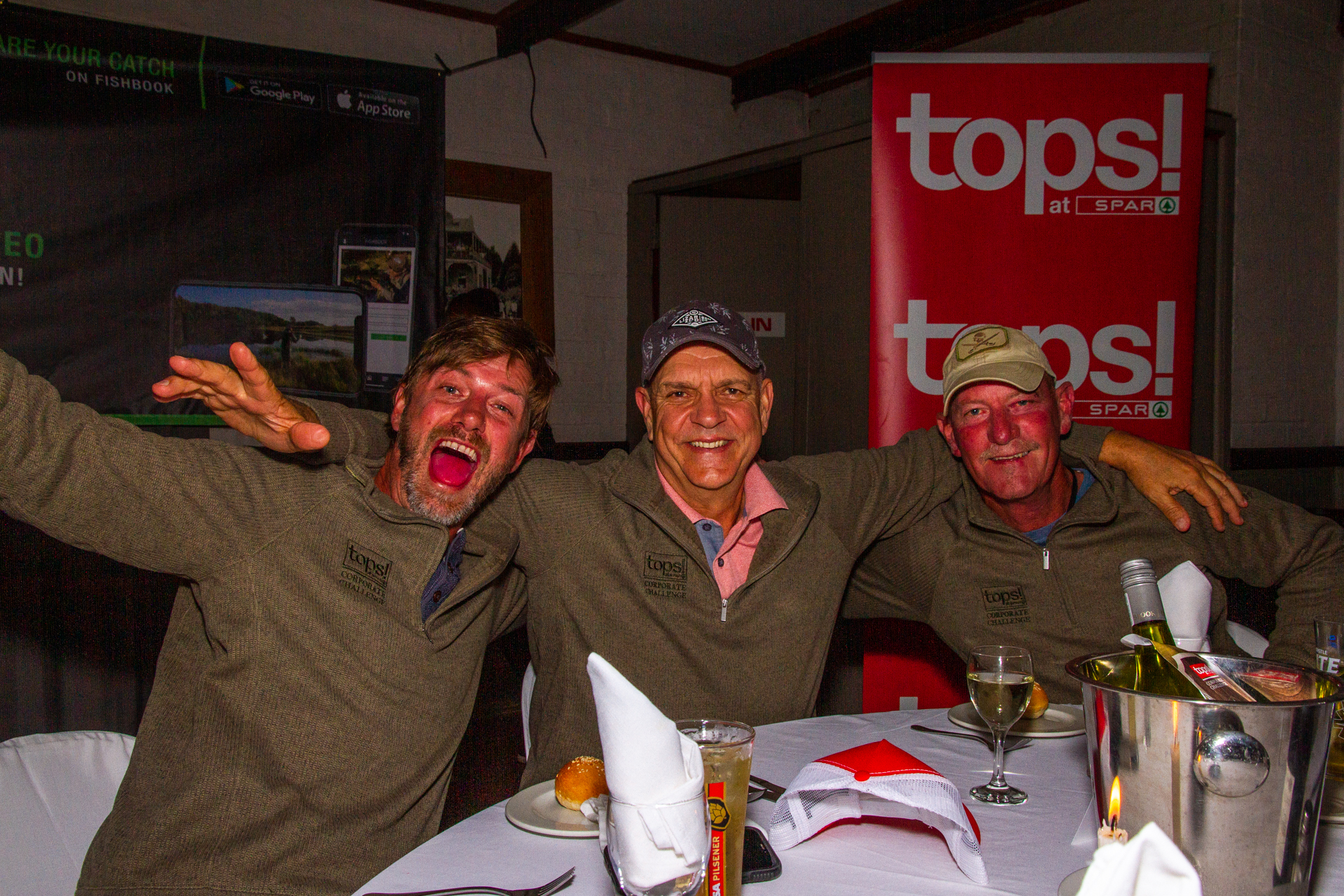 For those that braved the early morning chill and ventured out onto the waters, the results were surprising.

Tales of snapped lines, straightened hooks and dropped fish echoed around the hotel after each session, as anglers got to grips with local conditions, yet the consensus was that confusion reigned amongst the Trout. The Winter had only just arrived and as such the desire to feed was slowly being replaced by the urge to fornicate, from the fish’s perspective.

The first day yielded less than a hundred fish, but the average size of Trout impressed, as Mark Cohen bore testament to, landing his personal best of 60cm on his very first catch. 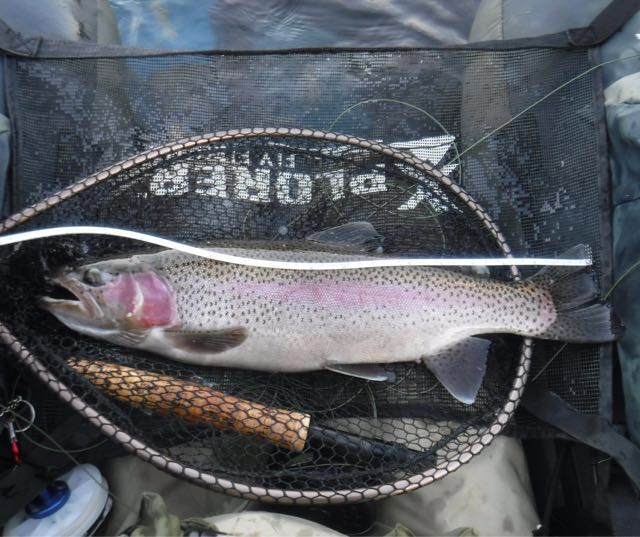 And a few fly fishers had really figured out how to turn the fish on, with Kobus Potgeiter, Scott Macintyre, Lyndall Blaikie and Neil Westerhoff all managing to fill their quota and bequeath a few fish to their team mates in the process. 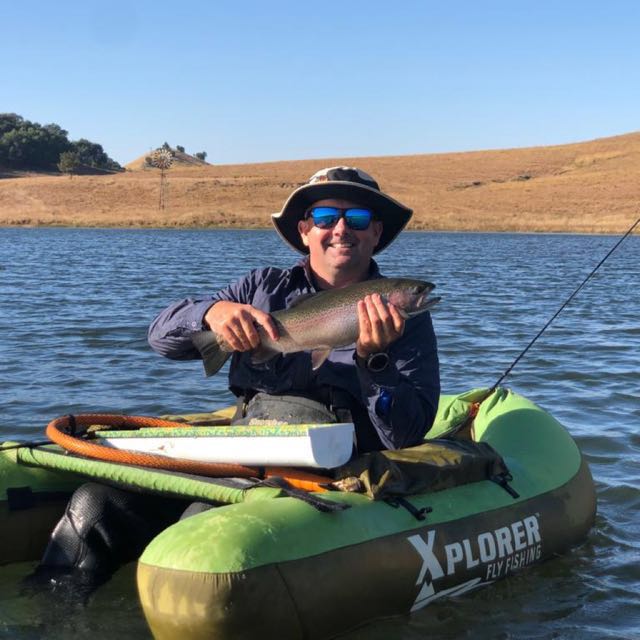 We have a fishing Bible of excuses as to why the fish can elude us and for a few entrants, Revelations was the chapter they ended up on. It’s never easy handing in a blank scorecard at the end of a day and in true festive fashion, the TCC embraced this, introducing the DOGS and BLOBS category. Teams had to recognise their top angler with the TOPS dog accolade and also poke fun at their team mate that had been outwitted by the Trout, having to wear the BLOB jacket…..it soon became the focal point of lunch time festivities.

The Brown Trout as ever remained elusive, with Andre Coetzee recording the only specimen out of the 184 Rainbows caught and released over the weekend.

Fly patterns were as varied as the opinions that were dispensed nearly as freely as the Bains scotch, with everything from damsels, dragons and flash back nymphs to the killer WildFly minnow imitations.

Although the Yamaha ski boat and 4×4 was only going to be up for grabs in the final, there was a hoard of prizes dished out and as usual, the bounty was for the antics off the field. From the Eishkom accolade for the team that failed to hit the lights out of it to the Tiger Woods award for nearly the greatest comeback of the decade, everyone walked away with something for their efforts.

Paying tribute to the late Andy Standton, a memorial floating trophy was dedicated and awarded to Clint Nicholson in it’s inaugural year for his gentlemanly conduct in the face of some abusive Trout.

But in every contest there has to be winners and although the catch records told the story of the fussy Trout winning the battle of wills, the 5 teams that qualified for the TOPS Corporate Trophy Final were -:

In 5th Place, the ‘Steinweg Flyers’, followed by the all ladies team ‘Women in Waders’, then Novus Print Cape took 3rd, with their KZN compatriots placing as runners up, who steamed into the final thanks to the performance of Neil Westerhoff who caught a total of 18 fish himself at an incredible average of 47cm, making him the best fly fisher for the weekend. 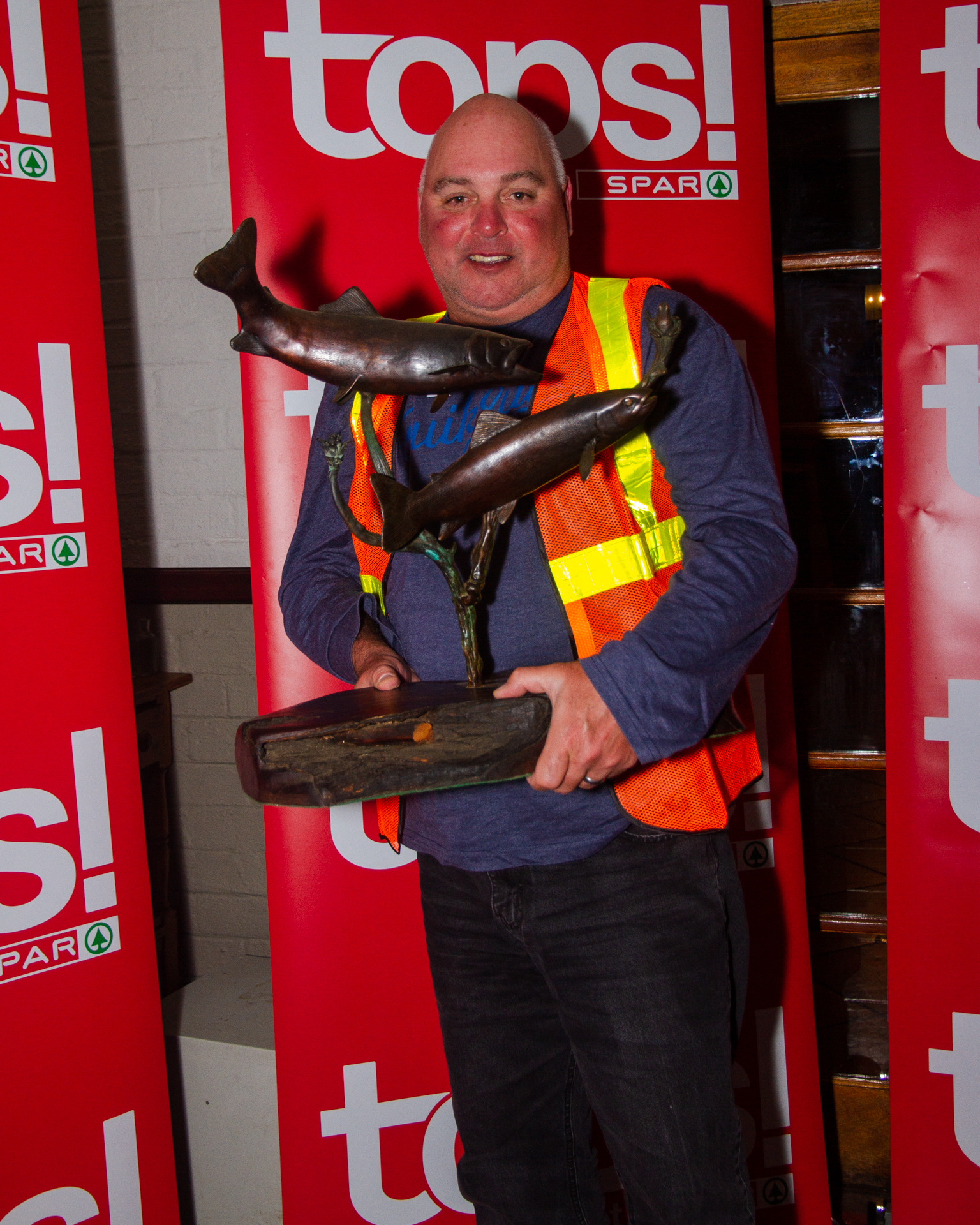 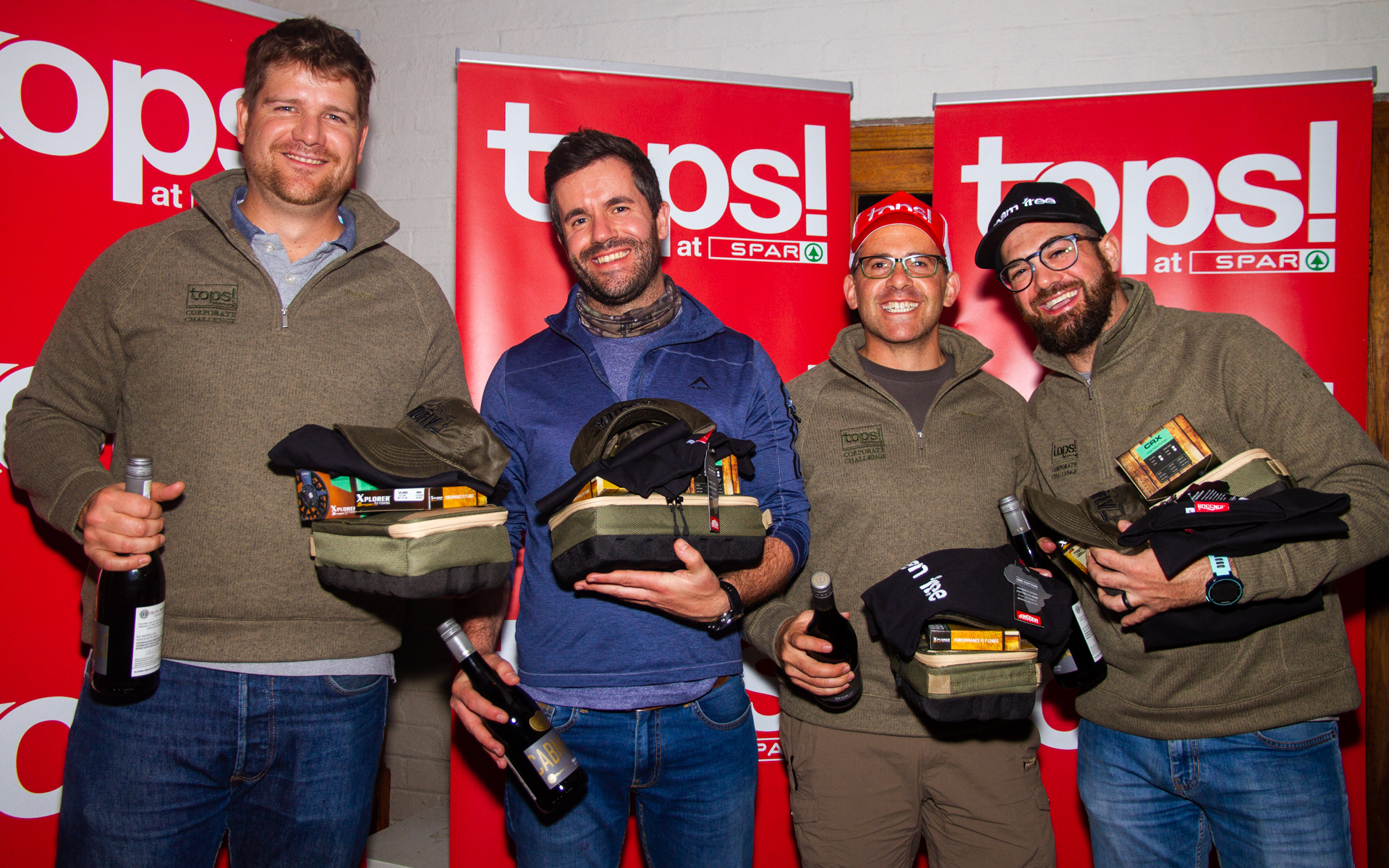 And the Winners of the 1st Leg of the TCC were the Fly Fishing Consultants, who landed a total of 40 fish over the entire event. 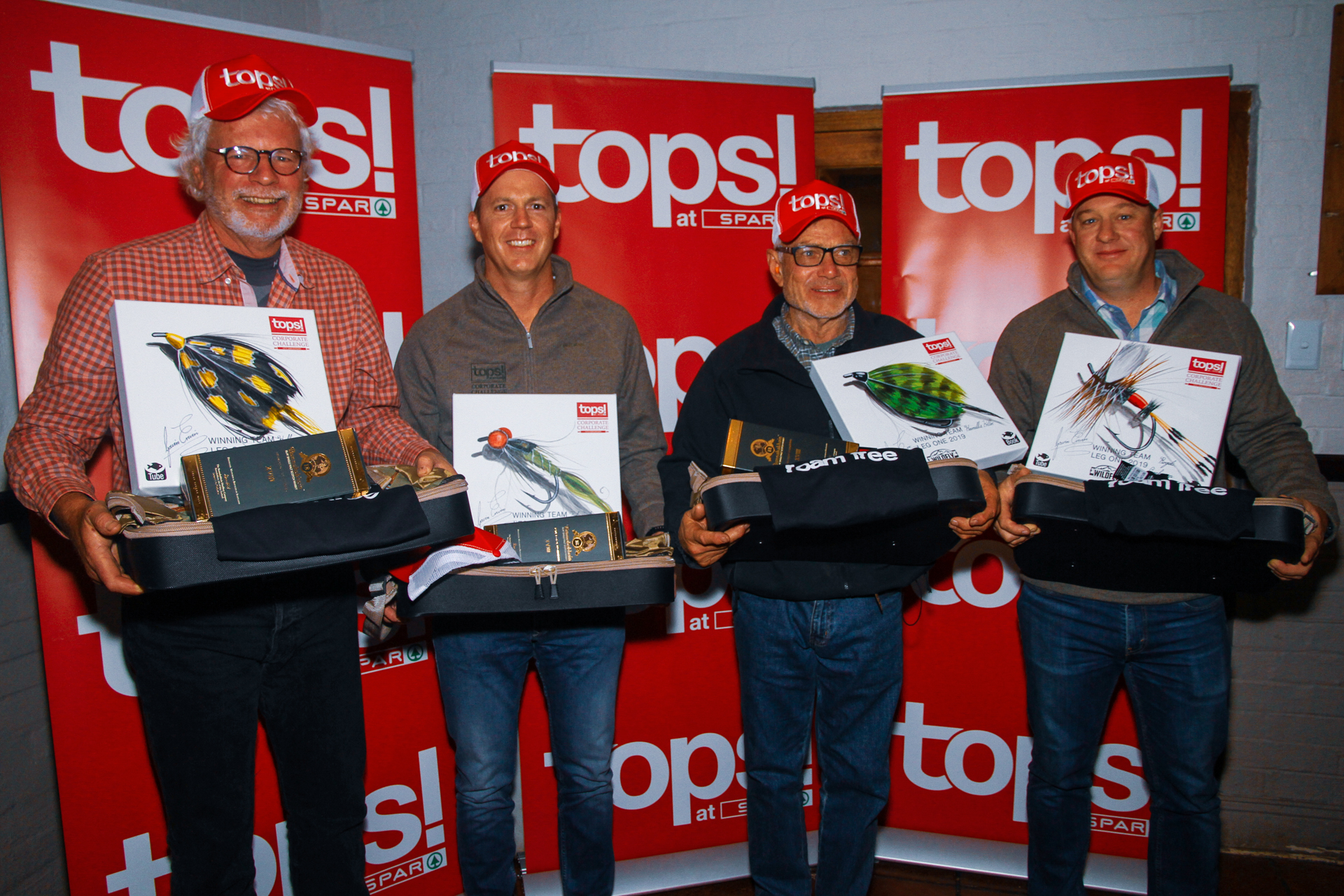 But if one had to judge by the yardstick of celebrations on Saturday night, then there wasn’t a loser in sight.